THE CURVES ON THE ROAD: BOHEMIAN PARADISE – ČESKI RAJ 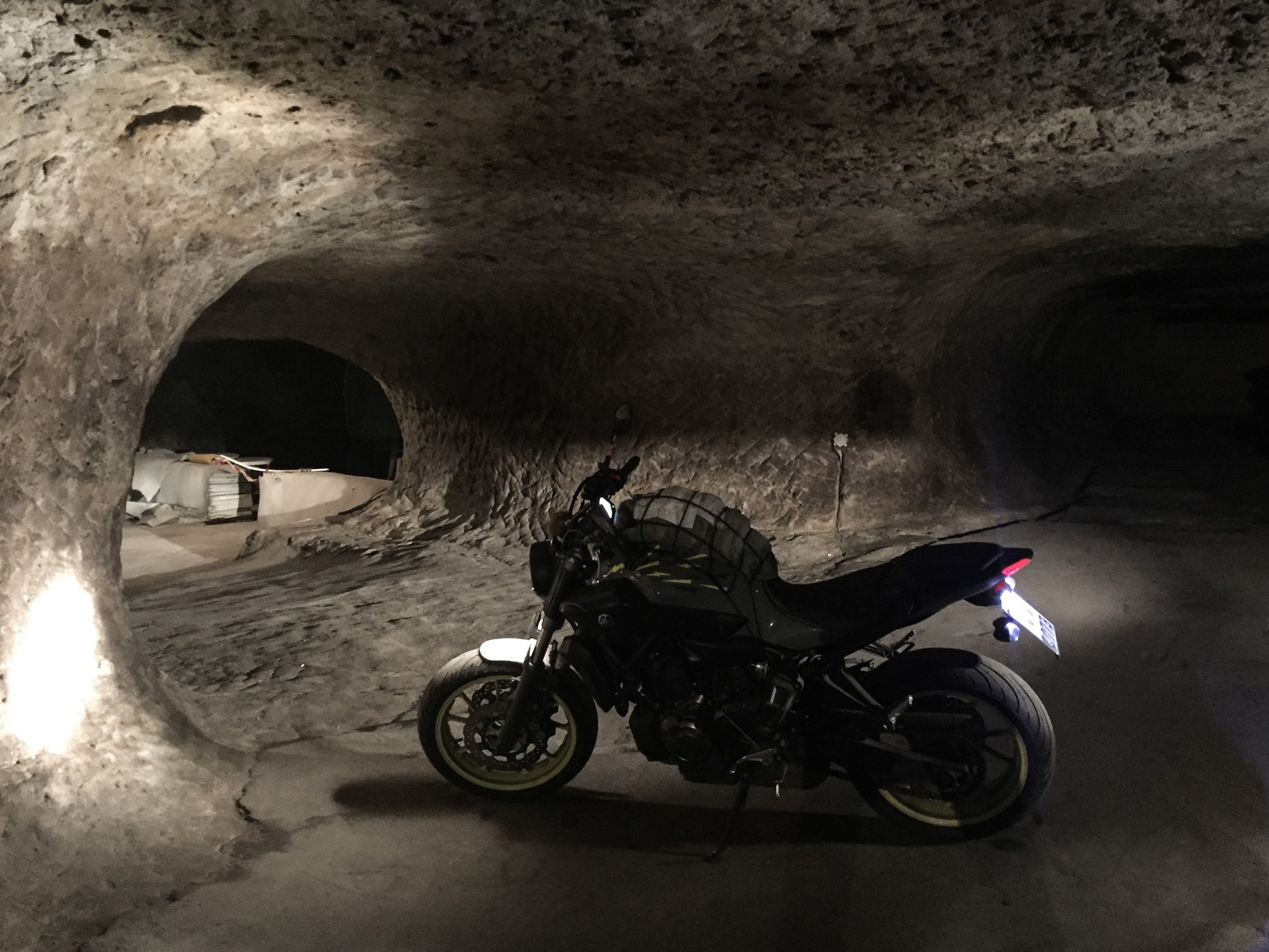 *Bohemian Paradise – Česky Ráj* is the name of the country just behind the border, it is almost untouched by tourism, and yet it is so beautiful that one can cry 😭 Behind every corner there is a castle, there are endless curves, even mountains (our Austrian calls it “high hill”), quirky hamlets, caves to ride in and beer in exact temperature specifications.

Here in Berlin, we often do feel like we’re in the centre of the world, but at the same time we notice having a stiff neck as we tend to turn our head only in the western direction. Our wanderlust draws us to the Alps, the Pyrenees. We have to travel quite a long way for these experiences, and thus keep forgetting about a sweet country right next door.

Czech Republic, we cannot go on like this, we have to talk. We leave Berlin quite spontaneously and in the afternoon, we have passed the border at Bad Schandau in the Elbsandsteingebirge (Elbe Sandstone Mountains). All of a sudden there’s everything we miss in our sandpit Berlin: curves, curves, curves and a few glaring eye-catchers.

In the area around Česká Kamenice we take the liberty of a short detour to see a huge basalt mountain in the middle of the forest. Long hexagonal pillars are stacked there to form a gigantic formation, in which long waves and graphic twists alternate. Three graphic artists come to tears. The boy scout discovers strange stone circles in the grass, piled up boulders, tied sticks and our imagination runs amok. We suspect wild witch parties on Walpurgis Night.

We ride into the dusk, straight to the next highlight. There’s a cave near Novy Bor, where bikers get together. The goal of the evening: raising a beer with the bull-necked, saber-swinging, fire-spitting, horn helmet-wearing boys. Fun fact: you can ride your bike through the cave to the bar counter. This video https://youtu.be/2DCB14yhcI8 had made our mouths water. But our dream image was dampened as we were standing in the middle of the dark forest in front of closed doors, because of the low season. Never mind, all is forgiven having dinner at Novy Bor’s Ajeto glass factory. Meat with meat, and beer – in exact degrees of cold: 8 °C, 10 °C, 11 °C – was served. Germans are beer fans, Czechs are NERDS. Very likeable.

3. Ještěd and the Child of Mars

After waking up with nice people, we ride as it is pouring down a yellow rain of leaves on mini roads through quirky villages, crying quietly behind our visors, because it is so beautiful. At Slope a couple of farmhouses have been squeezed onto a crazy little stone plateau. It resembles a molar tooth standing on a meadow.

We ride up to a real mountain, up to the Ještěd Restaurant, a former radio station and an absurdly awesome UFO of architectural history. Just like the sculpture ‘The Child of Mars’, we rub our eyes over the terrific view and let ourselves roll down again.

We ride on roads that are perhaps 4 metres (13 ft) wide, commuting up and down over small passes, enjoying the dense forests and sweet villages. Every now and then we pass a nice socialist block of flats or industrial complexes, but soon another castle on a rock blocks the view. The dream destination was to eat dumplings in the Motörest with classic metal sound, but unfortunately this was cancelled due to the lack of unity. But in principle, you can eat dumplings at every corner and so we moved our growling stomachs to Schneekoppe (“snow top”) and there we ate dumplings with meat and meat – all the way to the food coma.

How we finally managed to get back, passing Bad Wurzelsdorf, Weißbach, Haindorf, Friedland, Bullendorf, crossing the border, riding through the Polish lowlands and via Görlitz, arriving in the middle of the night – due to some detours near Chemnitz – in sandy Berlin, is beyond our knowledge. We count 800 km (500 mi) in two days, it’s been exhausting, but an autumn golden afterglow on the retina remains.

Our conclusion: The Bohemian Paradise seems to be a bit complicated for veggies and vegans, but very suitable for an extended weekend. The Scout-Team awards 💖💖💖 3/3 hearts for our friendly neighbours in the North West of the Czech Republic and promises another tour!

All photos copyright: Cäthe | The Curves