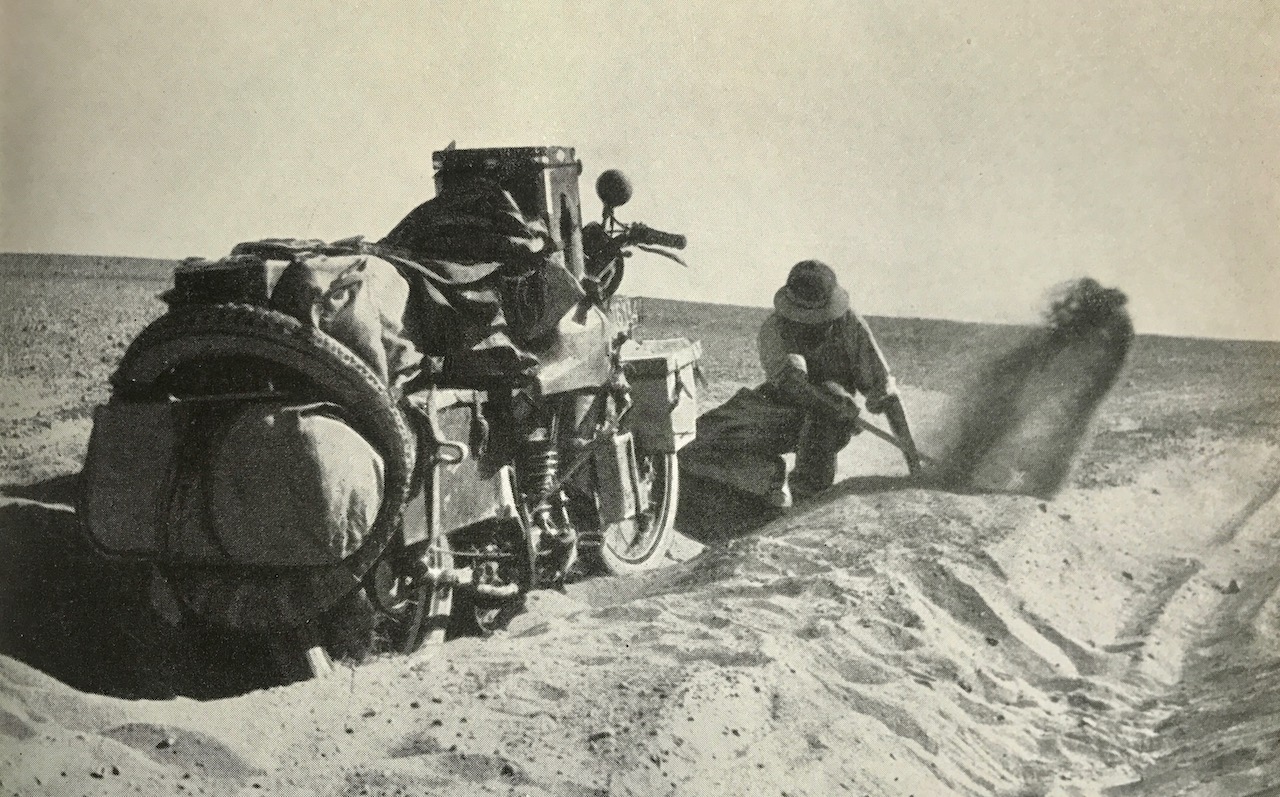 In his monthly travelogue Johannes Weissborn tells in an impressive way what true adventures a motorcycle trip to distant countries entails. Especially when you find yourself in regions of the world that are not characterised by familiar structures, you will come across new and unexpected challenges. Just under 85 years ago, two students from Vienna also set off on a motorcycle to Asia – their plan, the first overland journey on a motorcycle to the Indian subcontinent. 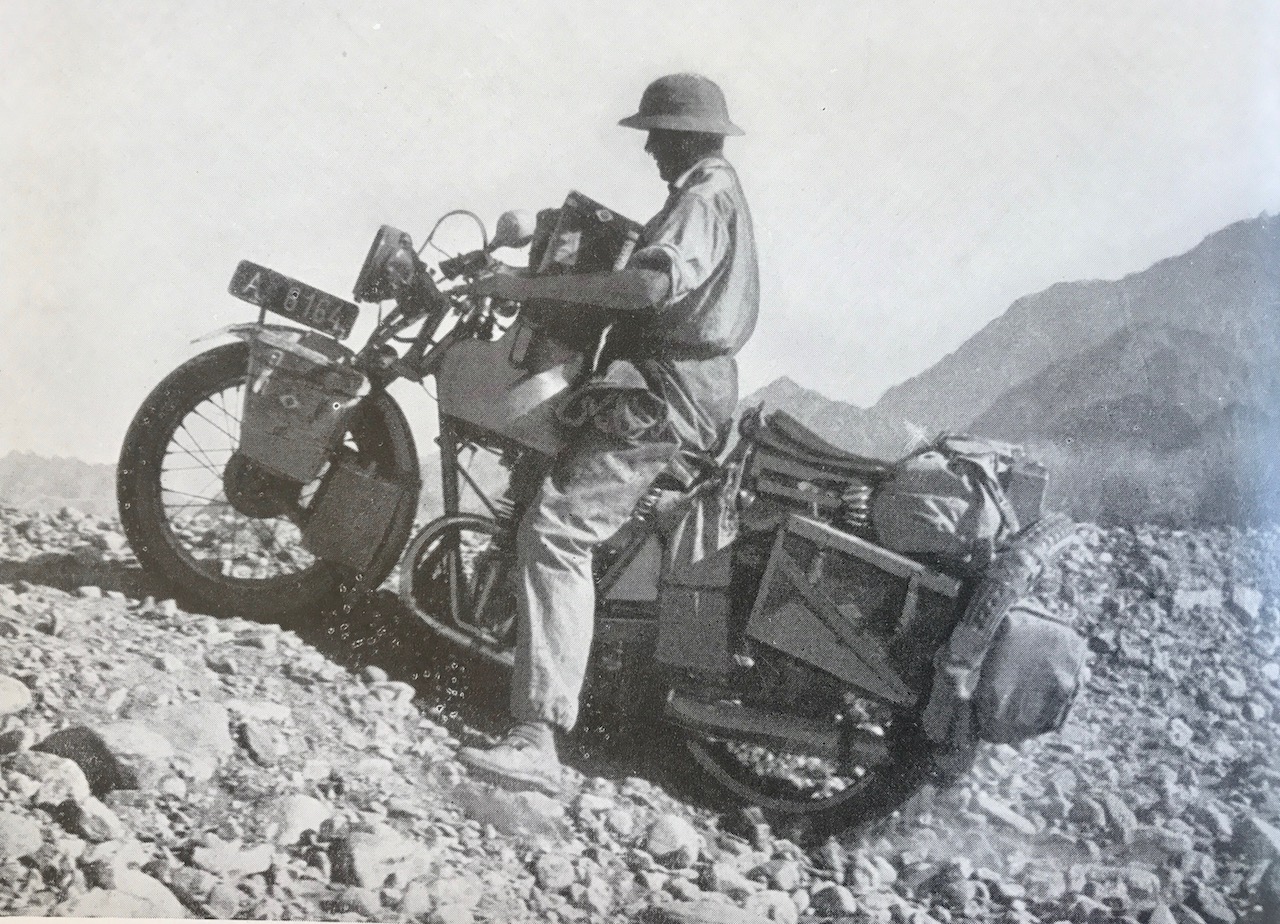 Max Reisch and his colleague Herbert Tichy – 20 and 21 years old – face a journey which is 13,000 kilometres long (about 8,000 miles) and they want to ride it on a 250 cc Puch motorcycle. Even under today’s circumstances the intention to venture such a trip is impressive, but when the two set off in July 1933, there’s hardly any usable map material of some countries to be traversed and things like smartphones and GPS navigation do not even exist as an idea.

But before they even start, the standard Puch had to be specially adapted to make it suitable for expedition. Meticulous planning was required in order to use every centimetre of the bike for additional fuel tanks, spare parts and for accommodating the travel equipment – including a tent, a large-format camera and a typewriter. Reisch had already undergone several test drives before, made a precise budget planning and was also able to win Puch AG itself as a sponsor of his pioneer expedition with the motorcycle. 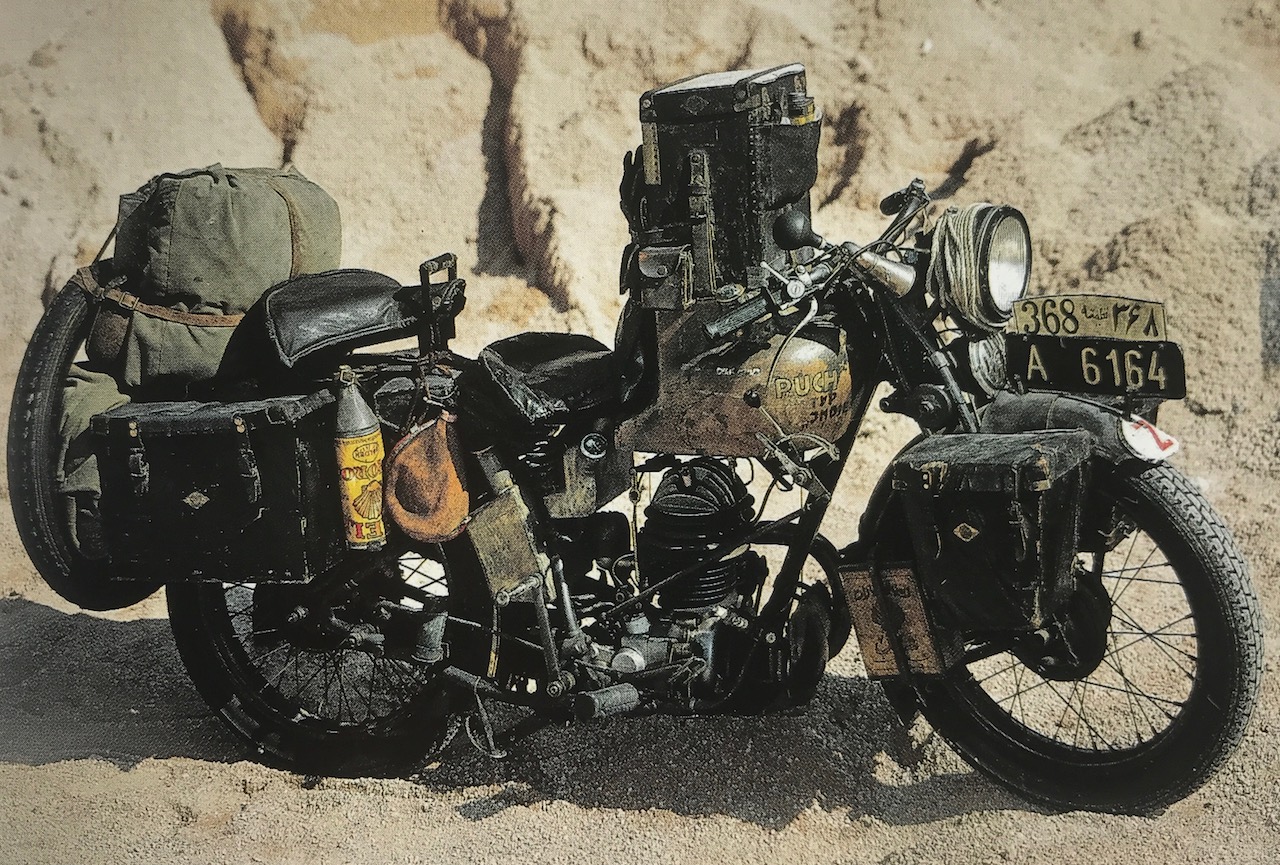 After 6 months of riding over desert tracks, through jungle landscapes and other roadless areas, the insight and experience gained by such an endeavour is significant. Their highlights, such as the extraordinary hospitality of the people along their route, which the men encounter provides a feeling of security after crossing countless uncivilized stretches of land, but also low points, such as dangerous situations in the form of fever, heat exhaustion, bush fires and military attacks, Max Reisch later recorded in a book. With some extraordinary, risky actions and episodes he notes that they were done in a careless and unsuspecting way – in some ways, the travel narrative reminds also of Guevara’s “The Motorcycle Diaries”. 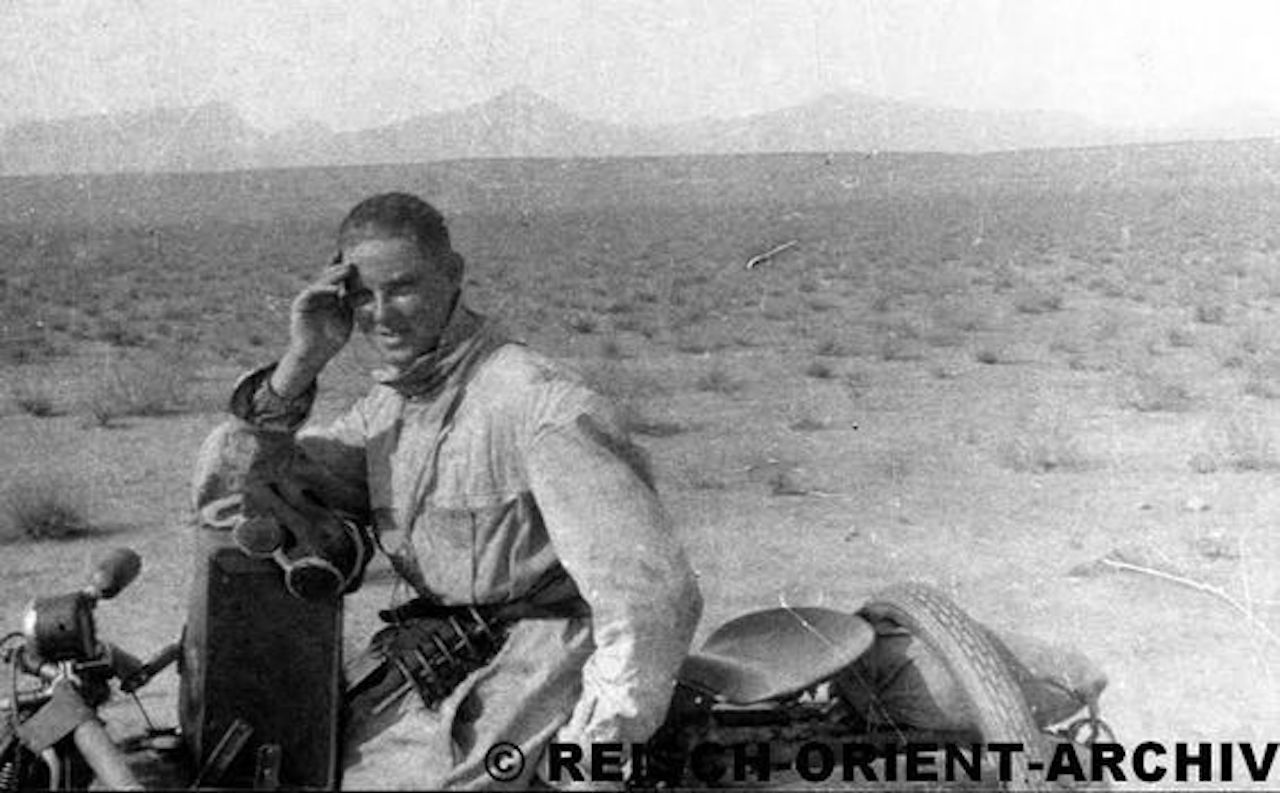 Amazingly, the Puch not only survived the journey all the way to Mumbai – the motor needed to be decoked and the wheels broke so many spokes that they were almost square – but is exhibited today at the Max Reisch Archive in Bozen/Bolzano.

There is no doubt that Reisch and his companion Tichy were pioneers with their motorcycle expedition. Through their experiences they have paved the way for many subsequent travellers going on long distance trips by bike. Today, a compass and the position of the sun may no longer be the only clues when navigating through barren desert areas. The feeling of freedom and the incentive, the desire to travel, as well as the amount of carelessness that goes with it, are universal and still valid.

Max Reisch’s travelogue is available as a book: Max Reisch, “India – The Shimmering Dream: The First Overland Journey to India by Motorcycle in 1933”, Panther Publishing.