BEHIND THE SCENES: HANDING OUT FLYERS IN BAKING HEAT – DOMINIK 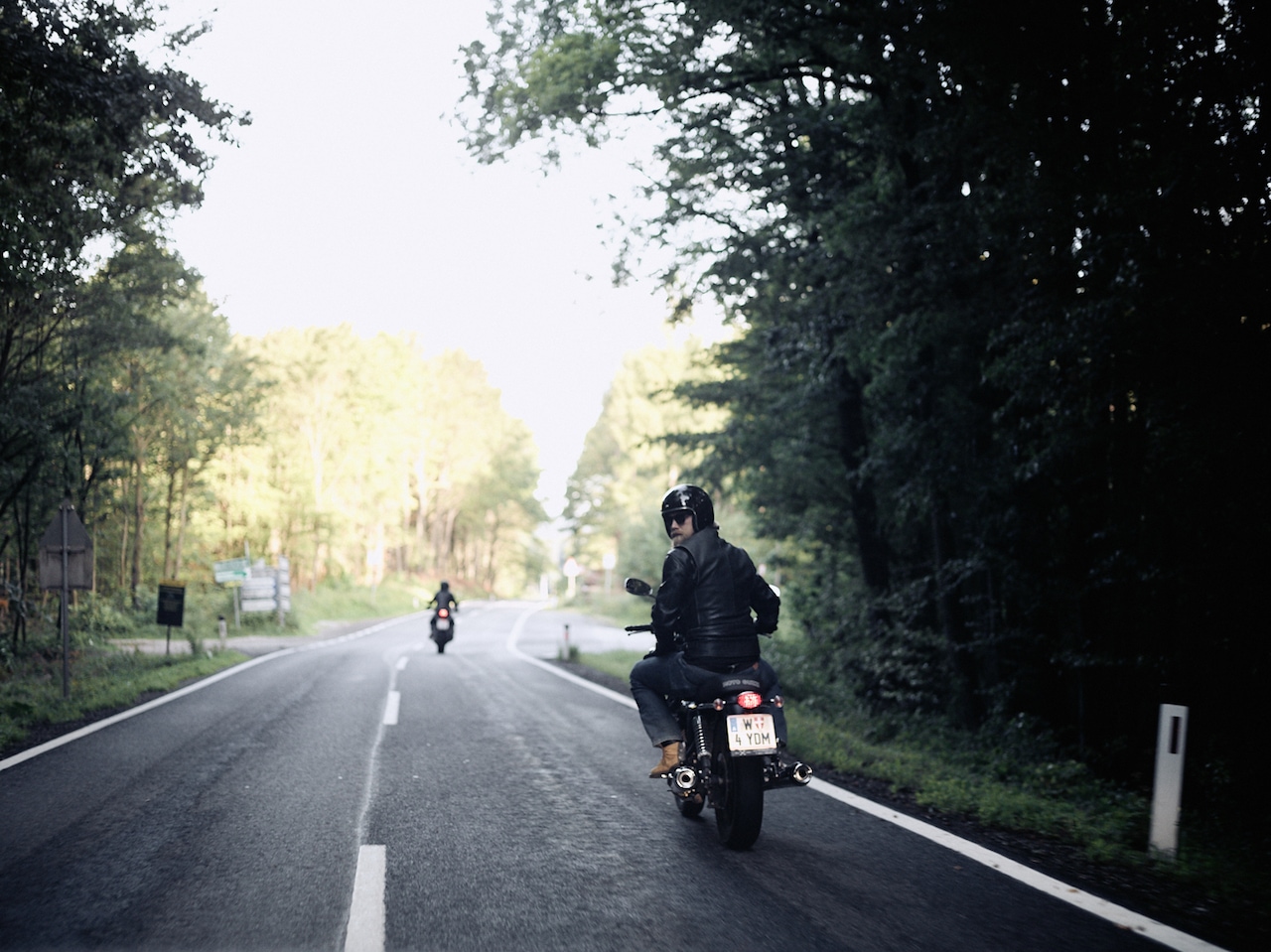 It was two of us, three months had passed since the launch of the iOS version of RISER and it was hot as hell. Overloaded with flyers, we were standing in the middle of a dense crowd at the European Bike Week at Lake Faak … and working up a sweat.

If anyone had predicted I would be personally handing out flyers to promote my app being almost 30 while it was pushing 30 degrees (Celsius), I would have looked in disbelief. In reality, it caused less irritation and we had many interesting encounters. If you have ever been at the European Bike Week, you know it is not just about motorcycling, but also about having a good time, eating, drinking, fun times, meeting friends you haven’t seen in a while, catching up on motorcycle news, and of course, taking a ride in the parade.

For us, it meant one thing: standing forever and a day, literally explaining a thousand times in a nice way what the app is all about and to let people understand how much work we’ve put into it – all of this with the help of a sheet of paper. Only 200 metres away, countless flyers were dropped to the ground – the natural life cycle of a flyer (but we knew that already before). But there was an enlightening moment when Nora handed a flyer to a visitor and he replied, “Know it already! It’s an excellent thing!” – Nora sent him straight to me. I think that has been the best moment after the iOS launch in the first stage of RISER. Realising that even people you don’t know personally are using the app, made all the work invested in it meaningful at once.

For me personally, the overriding aim was always to accidentally notice someone sitting next to me as he pulls out his smartphone to show the app to his friends. That’s why this little moment was enough joy for me to justify the sweating in the sun and also provided motivation to continue.

When using an app, you usually don’t give a thought about where it comes from, or what the life of those who contributed right from the beginning to its creation looks like.

No matter which start-up company we’re speaking of, it all started in a small shack in the backyard. It was no different with us – I remember vividly talking to Peter about the idea for the first time. We were sitting at the stop “Blindengasse” of the tram line 5 in Vienna and discussed whether the whole thing could succeed. The first programming units and conceptual drafts happening at my old apartment, a desk full of screens in the living room which temporarily had been converted into a workstation – not so long ago and yet so far away. RISER hasn’t been out for that long, but a lot has happened since the launch.

Compared to others, we’re still a small business. But for us, it’s not about which office we are sitting in, it’s about working on something we’re burning for. And from this point of view, every moment in the history of RISER is like an adventure, because we are all passionately building a project we believe in – hoping that as many users as possible will love it out there as we do.