EVEL KNIEVEL: I DON’T HAVE PROBLEMS – I ONLY HAVE SITUATIONS

What kind of person do you have to be if you want to jump over the Grand Canyon with a motorbike? A dreamer or a lunatic? Being utterly fearless or world-weary? Or just a man in the archetypal, most prejudicial sense? Perhaps, but probably a mixture. Evel Knievel was such a mix, a daredevil. Some other guy can write a song about 99 problems, but Knievel says: “I don’t have any problems. Only situations.” Baaam!

Robert Craig Knievel Junior was born in Butte, a small town in Montana, in 1938. Growing up with his grandparents, he visited an automobile stunt show at the age of eight – his epiphany. After his second high school year, he became a miner and the journey began. “I went through life big-bang-banda-boom-bada-boom.” He did a wheelie with a bulldozer, but didn’t succeed. He crashed into the overhead power line and Butte was hit by a power outage for hours. What do you do without a job and a passion for motorcycles? You just ride your motorbike … and get in trouble! Knievel went to prison, not for the last time in his life, as a result of “reckless” riding, well, he crashed his own bike. The guard had a passion for rhyming and because evil rhymes with Knievel, from that moment on, he became Evel, because you’re evil indeed, but you don’t want it to be your name. Important for the boy, even back then – keeping a nyce image.

The next crucial experience for Knievel, the legend, was the appearance of Elvis Presley and his cape and belt. A man on a motorbike is already awesome, but a man in a jumpsuit on a motorbike is super awesome. The performances of Liberace helped him in perfecting his stage presence, nice irony about manly manliness. Those pieces weren’t secure at all, as “when I hit that pavement at 70 or 80 mph, those suits just ripped.” And he hit it often, well 38 times, officially, in doing so, he broke 433 bones. A fully-grown adult has 210 bones … well, all going smoothly. But even in that case, the crazy guy with the motorbike could find pleasure. “If you don’t know about pain and trouble you are in a bad shape. They make you appreciate life.” So he must know. 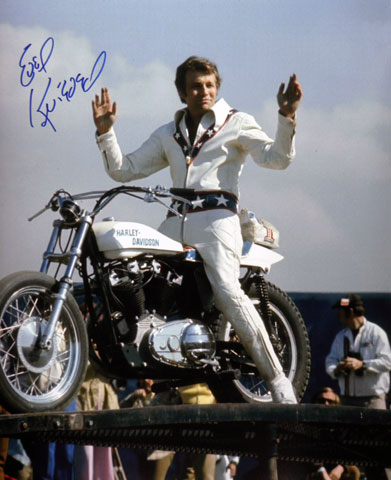 If you’re super cool, you certainly want to take another step up. How’s that possible for a man who constantly escapes the jaws of death? Right, an encounter with the grim reaper: after his first big stunt, attempting to jump over the fountain at Ceasars Palace in Las Vegas, you’re in a coma for 28 days. Now you’re a legend! Whatever happens! Innumerable obituaries, one of them published in the Süddeutsche Zeitung, describing the month in a coma, because, are you nuts, that’s a legend, but, it wasn’t true! He never was in a coma, not a single second of his career, it was just a publicity stunt, but it obviously pays off fantastically.

But, what really is true, at a performance in 1971, a Hells Angel threw a tyre iron at Knievel riding his bike. Neither him nor the audience appreciated it and started beating up the thrower and his 14 companions. Three of the fallen Angels ended up in hospital. Now that’s a story to tell your grandchildren.

Knievel definitely wasn’t squeamish, as he described in another episode. In the late 70s, Shelly Saltman published a book, in which he stated that contrary to the public image, Knievel was not an opponent of drugs, but took them himself and hit his wife and children. Knievel, recovering from a fall with both arms covered in plaster, flew to California, tracked the author down with the help of a friend and beat him up with a baseball bat. The allegations were never confirmed, but could never be brushed off either. In consequence, Knievel lost almost all of his sponsors’ contracts, had to go to prison for half a year and pay compensation of 13 million dollars, but he never did up until his death. 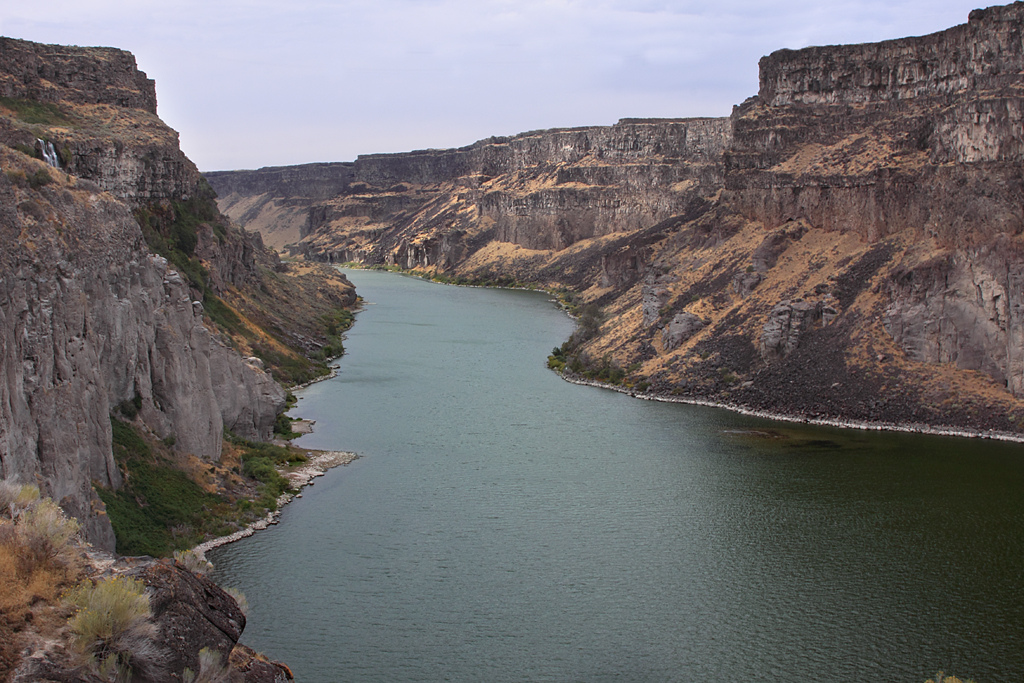 It didn’t harm his legendary reputation, not during his lifetime and especially not after his death. He died in 2007 at the age of 69. Although at that time he had to take up to 48 pills a day, the man who took his own words for granted, fulfilled his life’s goal. “I always wanted to live up to 70. I thought that would be a good age.” 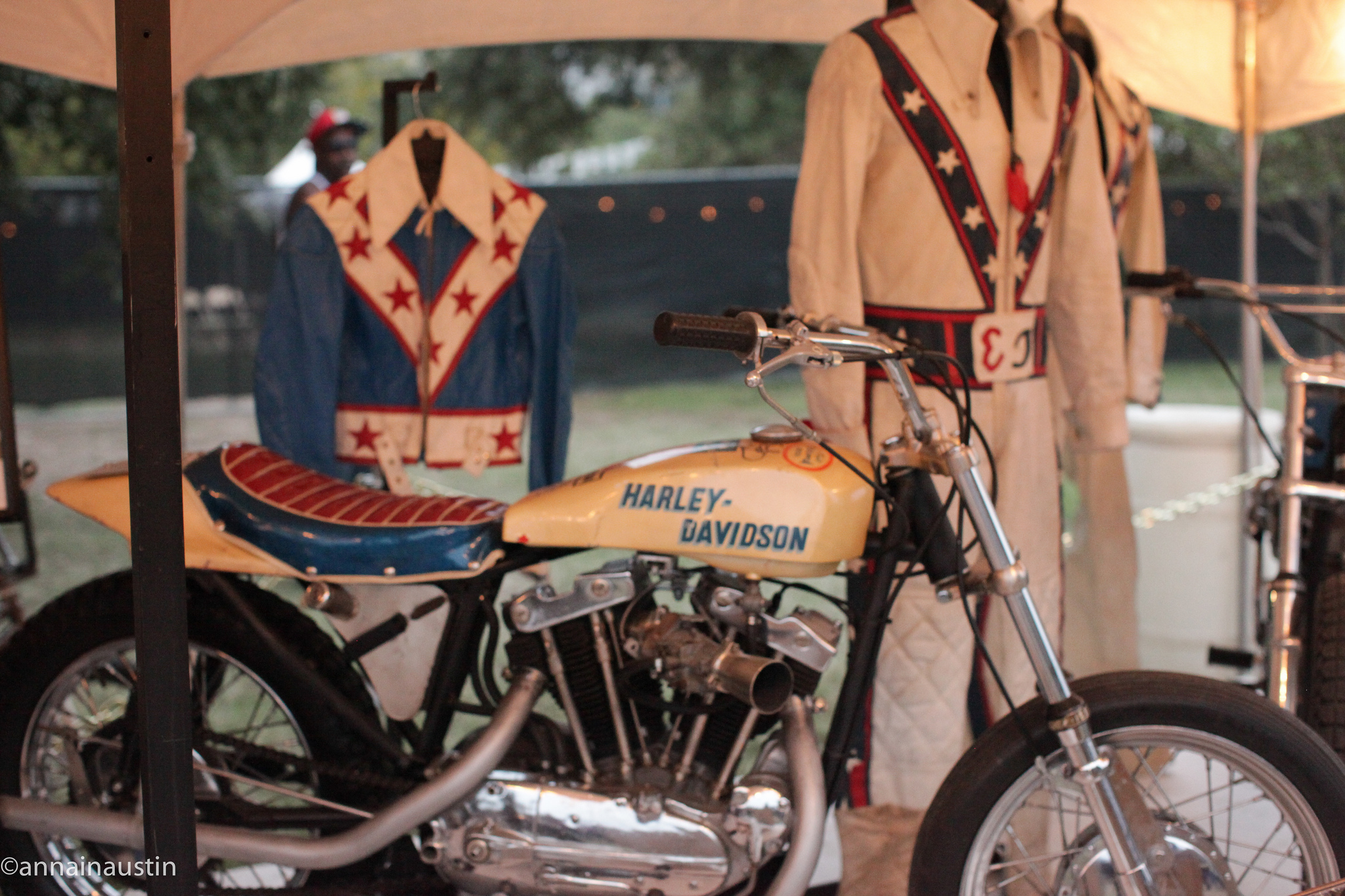 So, what kind of person do you have to be if it’s your dream to jump over the deepest canyon in the world, the Grand Canyon, with a motorbike? You have to be a man with skyhigh dreams and abysmal depths, a gladiator and a daredevil.