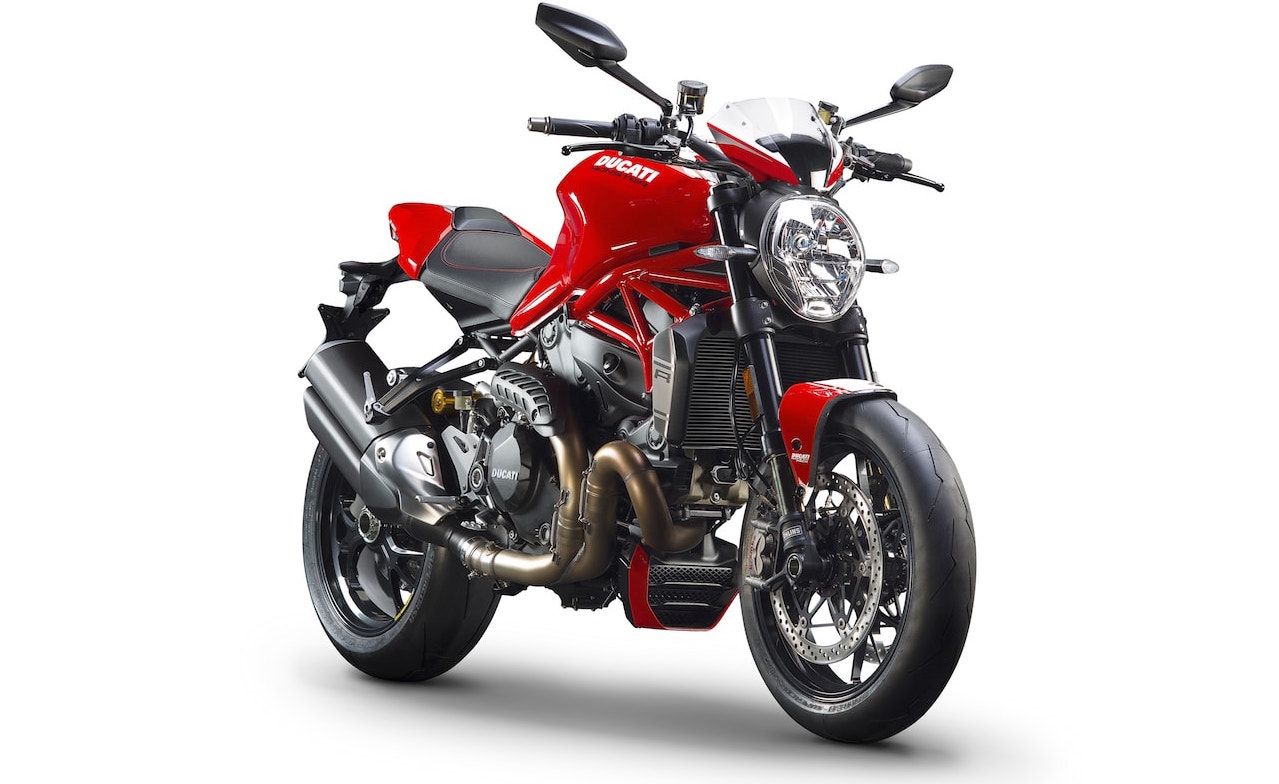 It was 23 years ago when the first Ducati Monster was being presented at the Cologne Exhibition. The M900. The design of the first Monster was back then and is today just revolutionary. Naked. With a grid-pipe-frame. Bursting with self-confidence. In the year 2016 Ducati adds another model to the Monster family. And not just any model – the top model. The Ducati Monster 1200R.

According to Ducati the new Monster should complete the product line as a sport-oriented naked bike. The three 1200 models share the same Testastretta 11° engine, but differ in technical specifications. The standard model features 135 bhp and 118 Nm torque, the 1200 S has 145 bhp and 125 Nm and the top of the engines in the new Monster has 160 bhp and 131 Nm torque. That sounds promising. 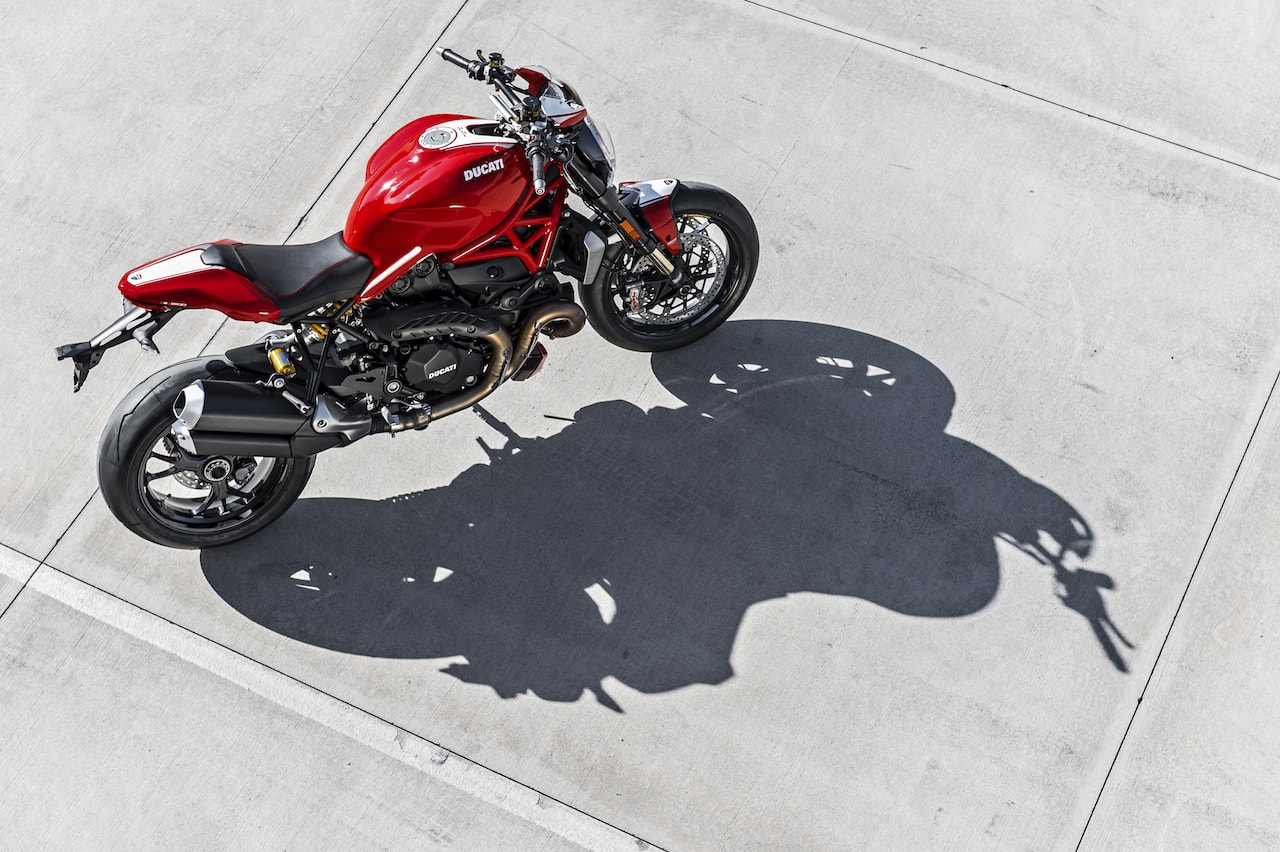 The service intevals of the new Monster is 15.000 kilometers for services and 30.000 for valve clearance controls. The same holds for the smaller 821 engines.