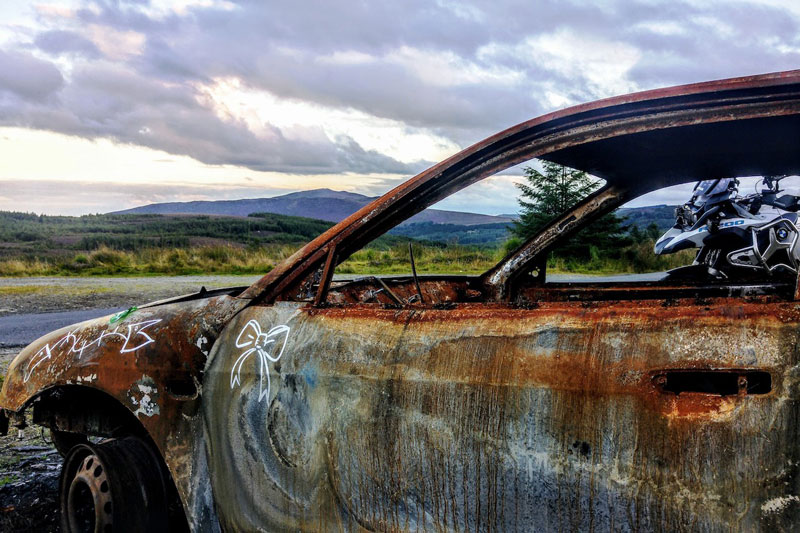 At the end of the first chapter, Marc Steinhardt left the European mainland behind and now continues his British-Irish motorcycle adventure after spending the first night in the camping tent.

After a surprisingly restful night and a self-made breakfast (scrambled eggs etc.), I start to put all my camping stuff back on the bike. Of course, it doesn’t turn out as easily and space-optimized as it had at home, that was almost to be expected. But in the end, it works out, it must work somehow.

My gaze wanders over the campsite and immediately I make a realisation. The common camper has a full range of equipment, but not necessarily a good taste for clothing. Against some of the questionable outfits presented, I could have received a full score at German TV format “Shopping Queen” by Guido Maria Kretschmer with my practicable outdoor clothing, or could have passed as a top model. But I’m not on the catwalk here, but to ride a motorbike. 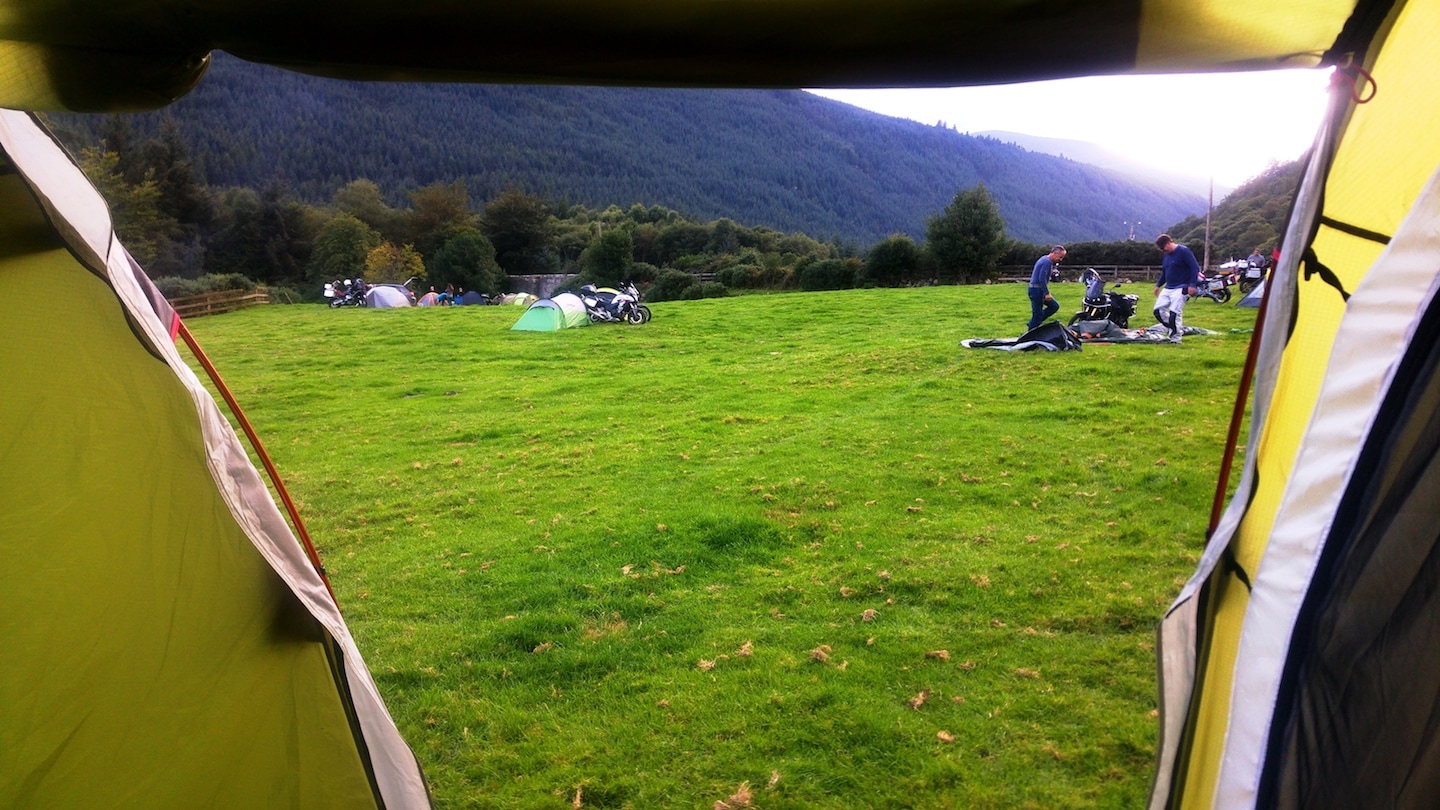 So I get back on the BMW “property” – fully packed weighing over 300 kg (660 lb) – and also back to the still unfamiliar left-hand traffic, but this time it’s working better than the day before. My route leads me towards Norwich to one of the largest and best preserved medieval fortifications in England. Castle Rising, a remarkable ruin from forgotten times. But I save myself the entrance fee and enjoy the view only from outside.

During this part of the route, I also tried to find out some funny and naughty names for places and streets. With success as I was able to see. That’s why my path leads me over Slutholelane, Boston, Buttholelane, Clitheroe and Cockermouth – I wonder what the British were thinking. During the trip, I get to know the local bikers’ greeting. If you haven’t been there yet, you are welcome to think about how to greet other bikers when driving on the left side of the road (find the solution below*) 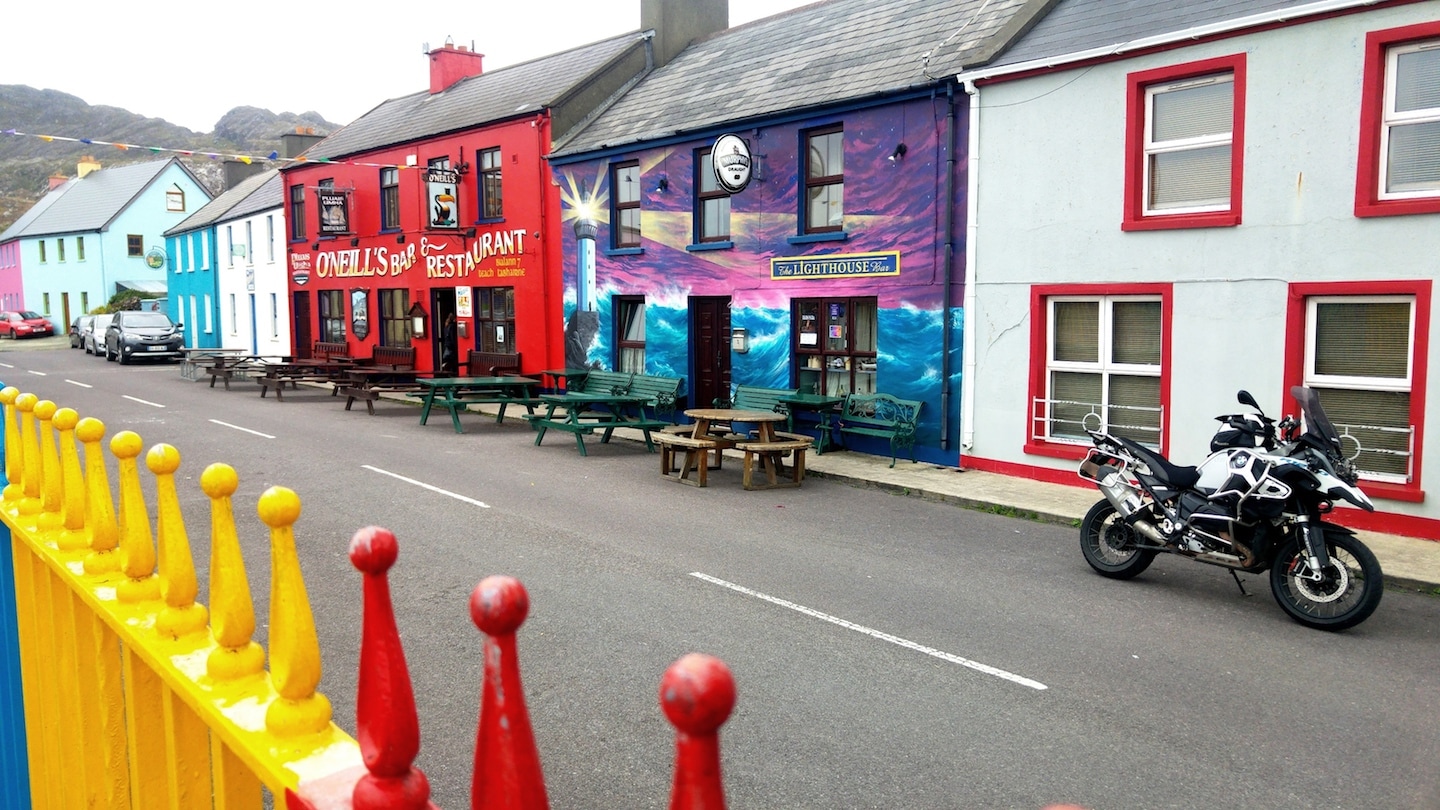 My tour through English regions takes me over rather unspectacular country roads, riding on roads lined with very high hedges which could cause an oppressive feeling, over bridges (toll-free for bikers) and various small towns and villages. After my 372-km (231-mile) day trip, I spend the night on a small but very nice camping site near Kingston upon Hill. The driving style of people in England can be described as defensive, respectful and motorcycle-friendly. As soon as you are identified as a biker in the rear-view mirror of the tin box drivers, they try to give you as much space as possible. Thus making it possible to carry out the process of overtaking without hesitation.

The following 500-km (310-mile) stage leads through the famous city of York, through the scenic Forest of Bowland, a plateau inhabited by free-range sheep, to the Lake District National Park. Which turns out to be a tourist magnet during the holiday season due to the many charming villages.

In the same afternoon, I cross the border to Scotland and settle down on an oddly, almost empty “activity”-campsite at Loch Ken for the next night’s sleep.

The ferry for the crossing to the Northern Irish capital Belfast will depart the next day.

Read more in the next chapter.

*Solution – UK motorcycling greeting:
The usual biker greeting in the UK features a short nod to the inside of the roadway. But with an oncoming, larger group of motorcyclists you feel like a nodding dog 😉