THE WEISSBORN STORY EPISODE 5 – 33 MILLION GODS, MY MOTORCYCLE AND ME 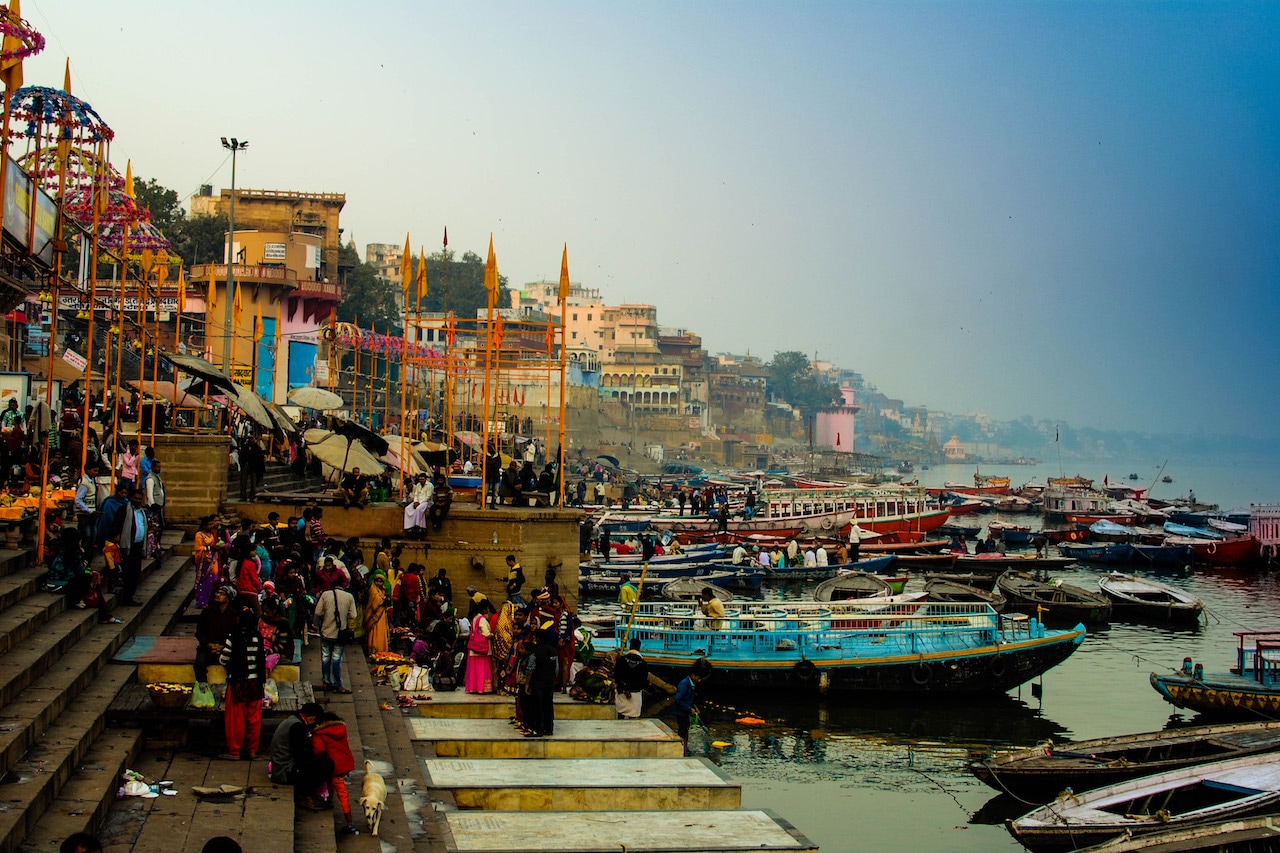 The border between Pakistan and India has been a highly controversial region since the independence in 1947. There is exactly one open border crossing point: Lahore – Amritsar, in the Punjab area. On the Pakistani side, there is virtually no border traffic. There is no lively exchange between these two countries, as travelling to the neighbouring country is more an experience of discrimination rather than one of hospitality for the respective citizens. Thus, I go through a lonely transition between the borders.

When I cross the border, it’s not just entering the next country on my route, there is also a mental barrier to be broken here. If the Middle East, with its Islamic culture, was still the closest to our Western society, I quickly realise that the logic, the way of thinking and the interpersonal communication in India follows completely different rules, in my opinion, no longer follows logical rules.

At the time of my entry, a cloak-and-dagger operation was used to invalidate banknotes worth about 85% of the total cash in India. This happening in a country where cash transactions account for about 90% of payments. I’m stuck. In Amritsar, the capital and holiest place of the Sikh.

India does not let me rest, the endless crowds of people, the constant attempt to get the money out of my pocket and the information that the road to Leh/Ladakh in northern India is already snowed in, makes me doubt whether I would like to stay in this country for a long time. I’m planning to go to Nepal. The atmosphere of this country creates too much confusion and distress for me. 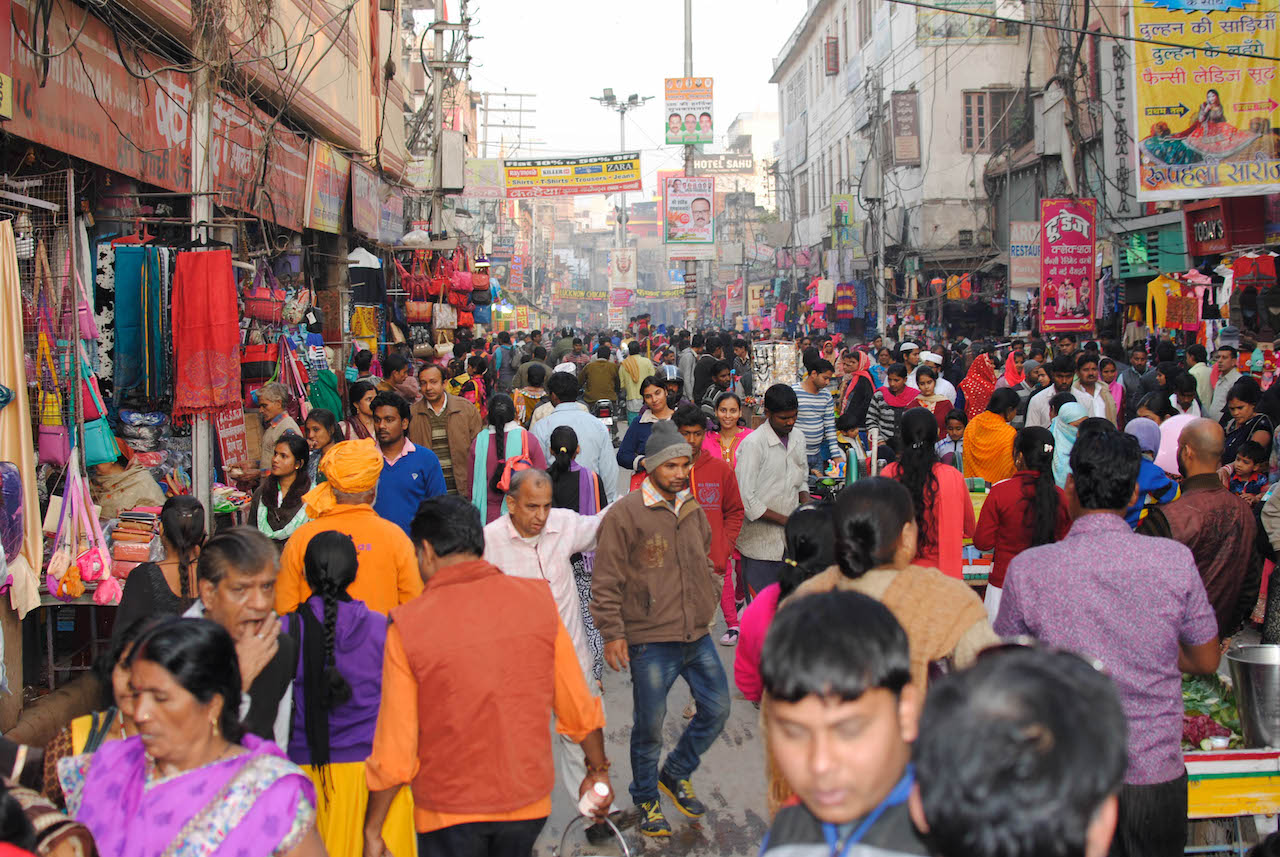 My friend Anvar is in the south of India at this time and listens to my feelings, but he suggests not to be influenced too much by that and invites me to the south. 3500 km (2,180 mi), as the crow flies, south of my location. Giving myself a jolt, I put the plans for the direct trip to Nepal aside, drive from Amritsar to New Delhi, arrange for a parking space and also a flight to the south of India.

Spending two weeks in one place, that once was one of my wishes after spending months on the bike. Arriving in Trivandrum I take a bus to the village of Kerala and a long beach promenade on a cliff with many restaurants and bars awaits me. A typical hostel stay and some very, very relaxing days.

Heading north, I take the train – a much-discussed experience. I’m going to Hampi via Goa. India makes me desperate and amazes me. Hampi, a village amidst the ruins of the former Hindu empire called Vijayanagara. 800 years of history and the heritage of an ancient civilization. The Hindu faith will probably remain a great mystery to me for my entire life. 33 million gods and allegedly we are in a young phase of learning. However, this stage takes 500 million years, then comes a next big developmental step and we ascend into higher spheres. The colourful temples are adorned with countless different deities. For me Hinduism is also the epitome of how great the difference in consciousness is between our world and this one. The former subcontinent forms an island that has no connection whatsoever with our society. This despite years of British colonial government. One morning I climb up a hill and watch the sunrise over the ruins. A magical experience. 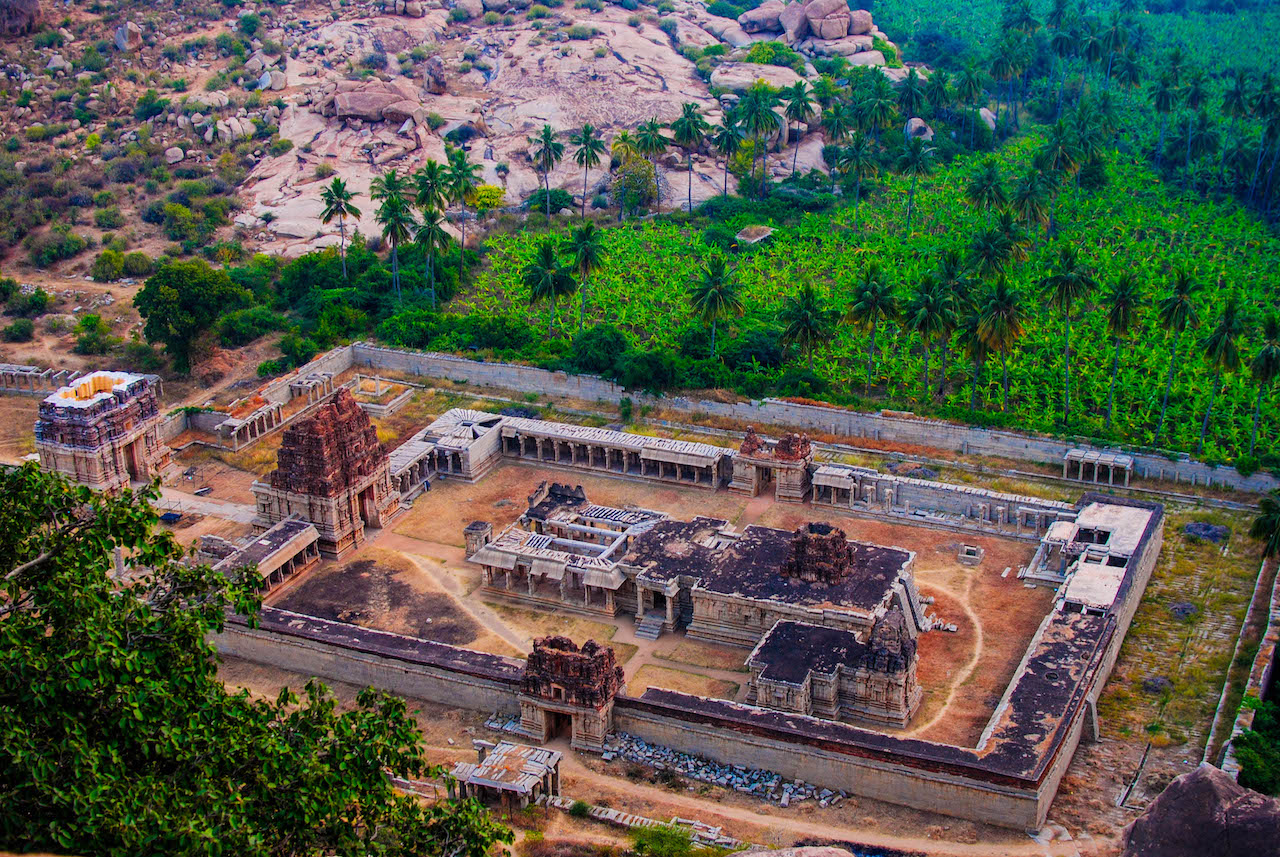 I take trains and buses to get to Mumbai. But the feeling of putting me back on the bike is overwhelming, so I decide to avoid the 2 days long trip from Mumbai to Delhi and take the plane.

Freedom, I’m leaving town early in the morning heading east. To the city of Agra, to the famous Taj Mahal.

The Taj Mahal is a small milestone on my route. I enjoy the day and decide to leave India as soon as possible to head north to Nepal.

The drive along the highway across the north is a spectacle. A two-lane motorway, which divides the driving directions by means of a guardrail. On my lane, lorries with loud honking horns approach me, cows cross the streets at random, vegetables and goods are traded, people cross the roads in every conceivable place. 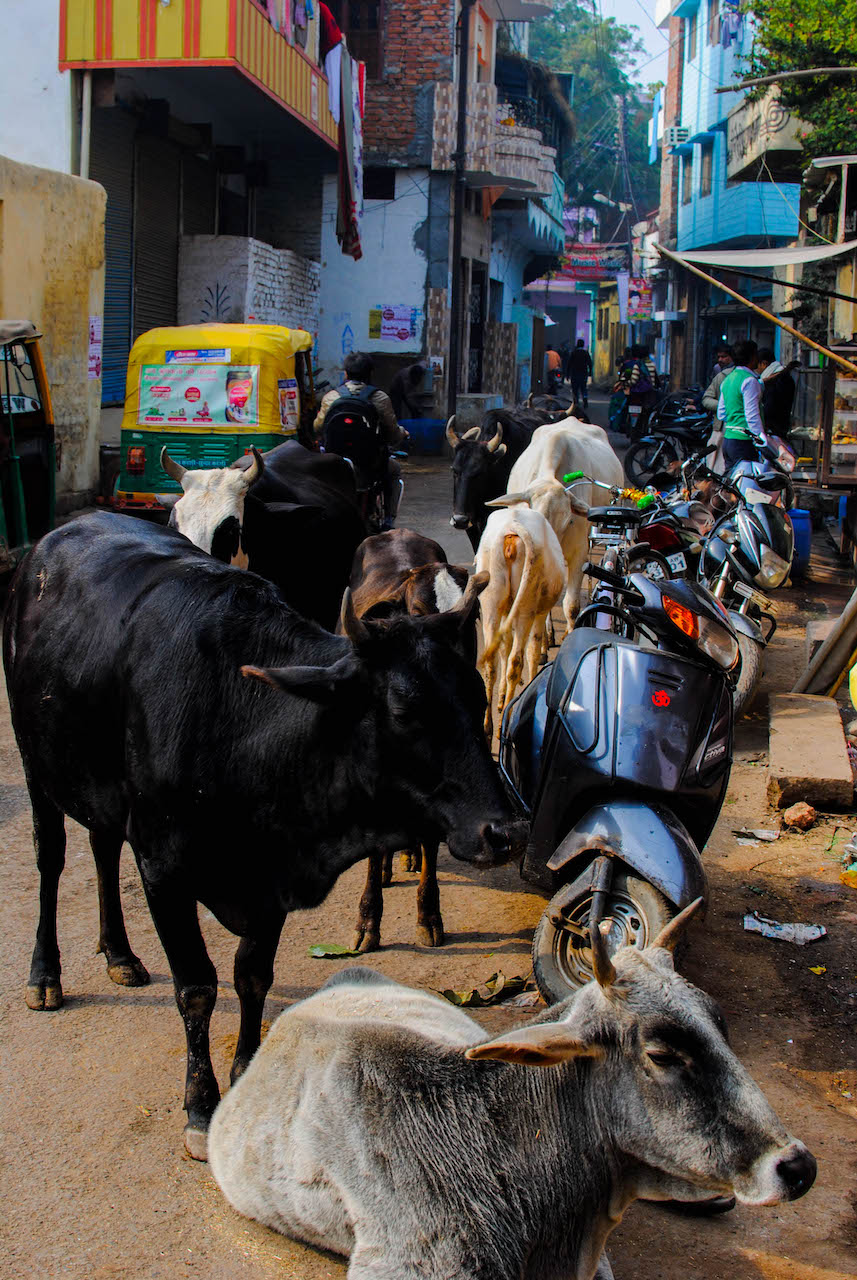 Varanasi. The way to the Ganges is already very mystical. I meet more cows than people and narrow lanes meander through the densely built up town at the bed of this mighty river. Then suddenly the river spreads out. Mist and fog lie on the mile-wide river, colourfully painted boats lie on the banks, the houses are decorated with writings, Hindu deities, wisdom and mandalas. Children fly their self-made kites. People rub their bodies with ash and then dive into the Ganges. A ritual of purification and rebirth. Half a kilometre further east, smoke clouds rise from one of the Hindu temples. On the way there, passing schools where spiritual believers listen intently to the experience of the gurus, I see high stacked wooden towers rising up in front of me. The burnings of the dead take place on the river bank in front of the temple. Up to eight people carry the dead adorned with flowers and offerings, while speaking prayers, through the streets. A large area with two funeral pyres serves to burn the dead bodies. A horrible stench, which is accentuated by the smell of vast quantities of incense sticks. The last remains of the burned bodies are immersed directly into the Ganges. A macabre scenario and an interesting experience of human culture. Despite all these extremes, Varanasi fascinates me and with its cityscape and the atmosphere this city remains in my mind as the most formative experience of my trip to India. Until now.

I relax for a few more days in the city and at the hostel. Preparing myself to head north to the Nepalese border. I exchange dollars with a German, which are absolutely necessary for the purchase of the Nepalese visa.

Riding on small roads and with an average speed of 35 km/h (22 mph) I travel through the extreme north of India. My rear wheel starts to produce a strange behaviour and I stop to notice that I got a flat tyre. This happening in a village that seems to have stood still in time.

I see a small shop with an air compressor and push the motorcycle there. Within minutes the KTM and I are surrounded by a crowd of people. It seems that the whole village has come to witness this spectacle.

After 30 minutes everything is done, the inner tube is repaired and there is enough air inside. Let’s move on. I’m only slowly making my way along and I realise that I won’t be able to reach the border before nightfall. The fog is getting so thick that I can only see 10 cm (4 in) ahead, as the headlight is creating a white wall.

I’m finally finding a place to stay. According to the road map, I should be one kilometre (0.6 mi) away from the border. A month of travelling India is coming to an end and the first rays of morning sunshine will open the gates to the Himalayas.