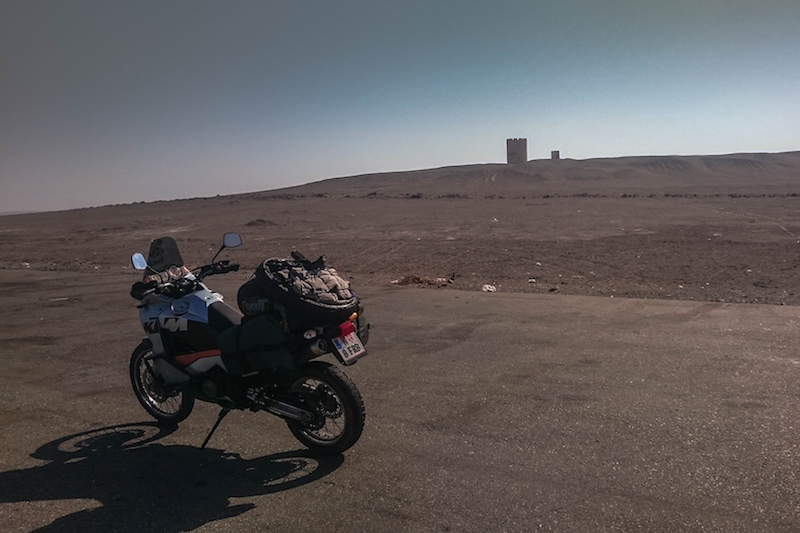 The desert – I’ve never been this far from home on my motorcycle and reached such a barren landscape. The atmosphere is fairly chaotic at the border control. Hagglers keep offering their services and border officials are irritated about the new registration plate, as the previous plate is still listed on their register.

Then, the time has come: after a long procedure the border official from the Iranian side beckons me over and I’m immersed in a new world. Ruhollah Khomeini, the founder of the Islamic Republic of Iran, and the current ayatollah portrayed on a huge mural, look at me with stern faces. My travel documents are filled out in Arabic letters and numbers, the border barrier is lifted and the road to the valley of the city of Bazargan opens up before me. 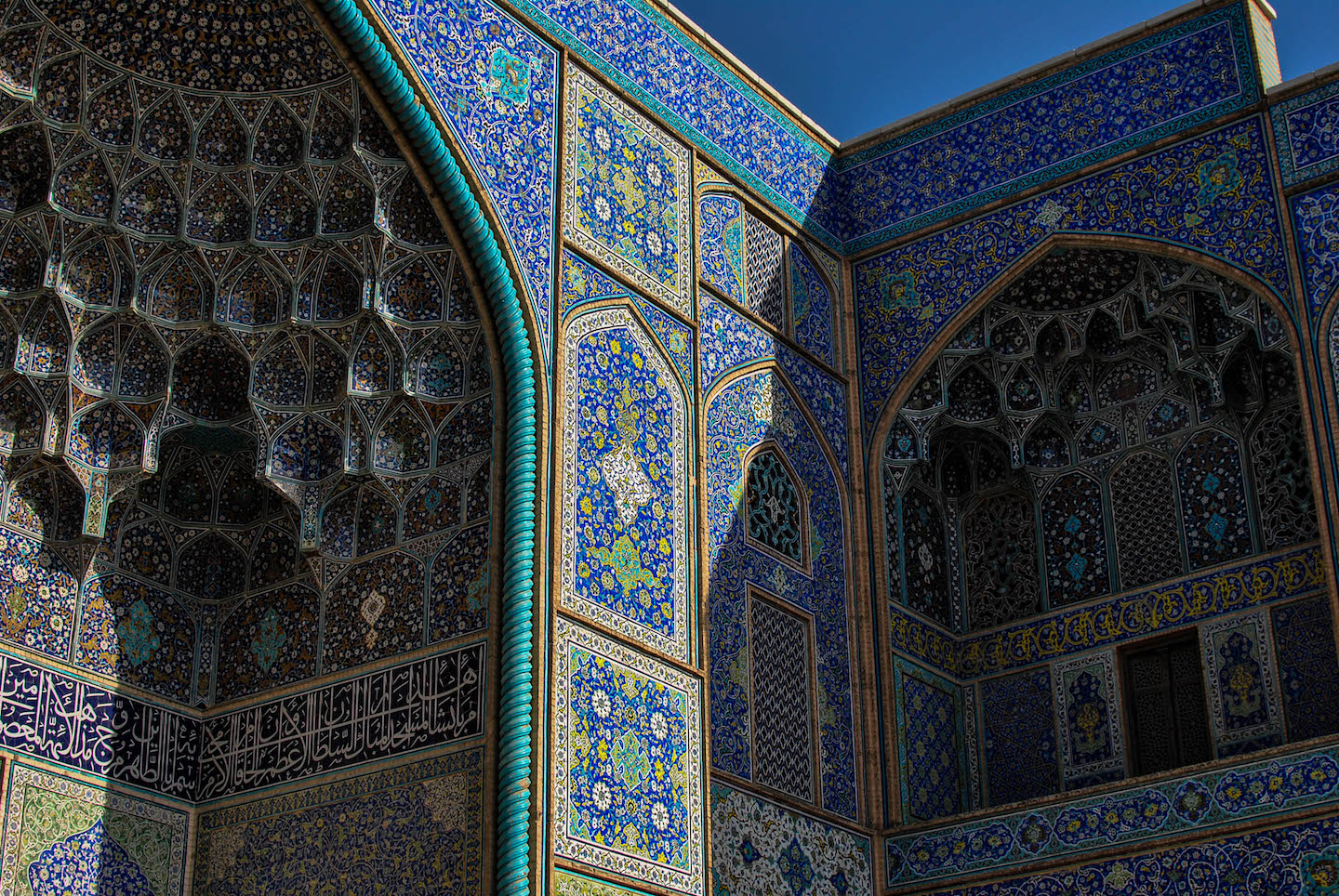 Iran has been cut off from the outside world for years. It seems like travelling back in time – new cars that are designed like well-known car models from the 80ies. The banking system is self-sufficient as well, all money transfers from abroad are impossible and so I had to take enough cash with me from my stay in Turkey. I’m headed to Tabriz. Riding on the motorway while overtaking vehicles, I’m greeted with thumbs up, waving hands and smiling faces. In one case so enthusiastically, I’m almost cut off my lane, as driving psychology states that you’re always headed in the same direction you’re looking. The first fuel stop brings a big surprise: one litre of petrol costs 0.3 Euro cent and I’m cheerfully greeted by a man coming towards me. He offers me tea and hands me his phone number with an offer to provide assistance at any time. A first taste of the hospitality of the citizens.

It’s interesting that apparently there hasn’t been any influence from the Western world over the last 40 years. Seemingly endless mazes of the bazaars, roofed with cupolas which create a dim atmosphere in the long, crowded aisles. The smell of spices and nuts, the shimmer of gold, the impressive patterns of the large format carpets. 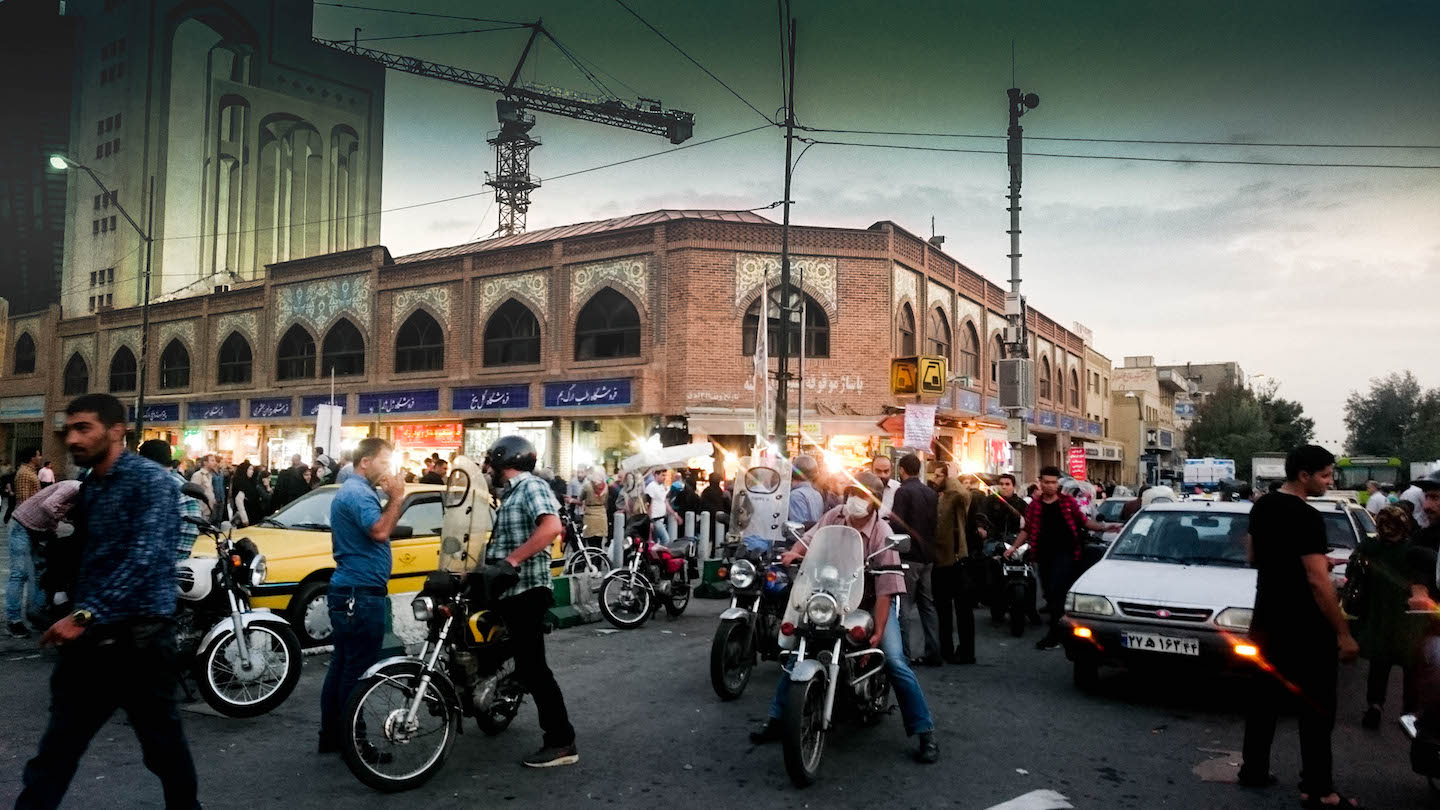 In Shiraz, I visit the ruins of the ancient Persepolis, erected during the regency of Darius and destructed by Alexander the Great during his campaign. Stories a thousand years old.

The society is hospitable, welcoming, and lets me get immersed in its culture. But it’s interesting as well, to see women wearing wide clothes and the hijab whenever they’re outside their private premises and on the streets. For one thing, I get to know the pleasant aspects of Islamic education, then religion is used as an instrument of authority as well.

This single month here has only been the blink of an eye, comparing to what this country has to offer. The city of Bam, in southeast Iran; the border triangle between Iran, Afghanistan and Pakistan. Behind me, the desert of Lut. The region of Balochistan and the border to the former subcontinent lying ahead of me.