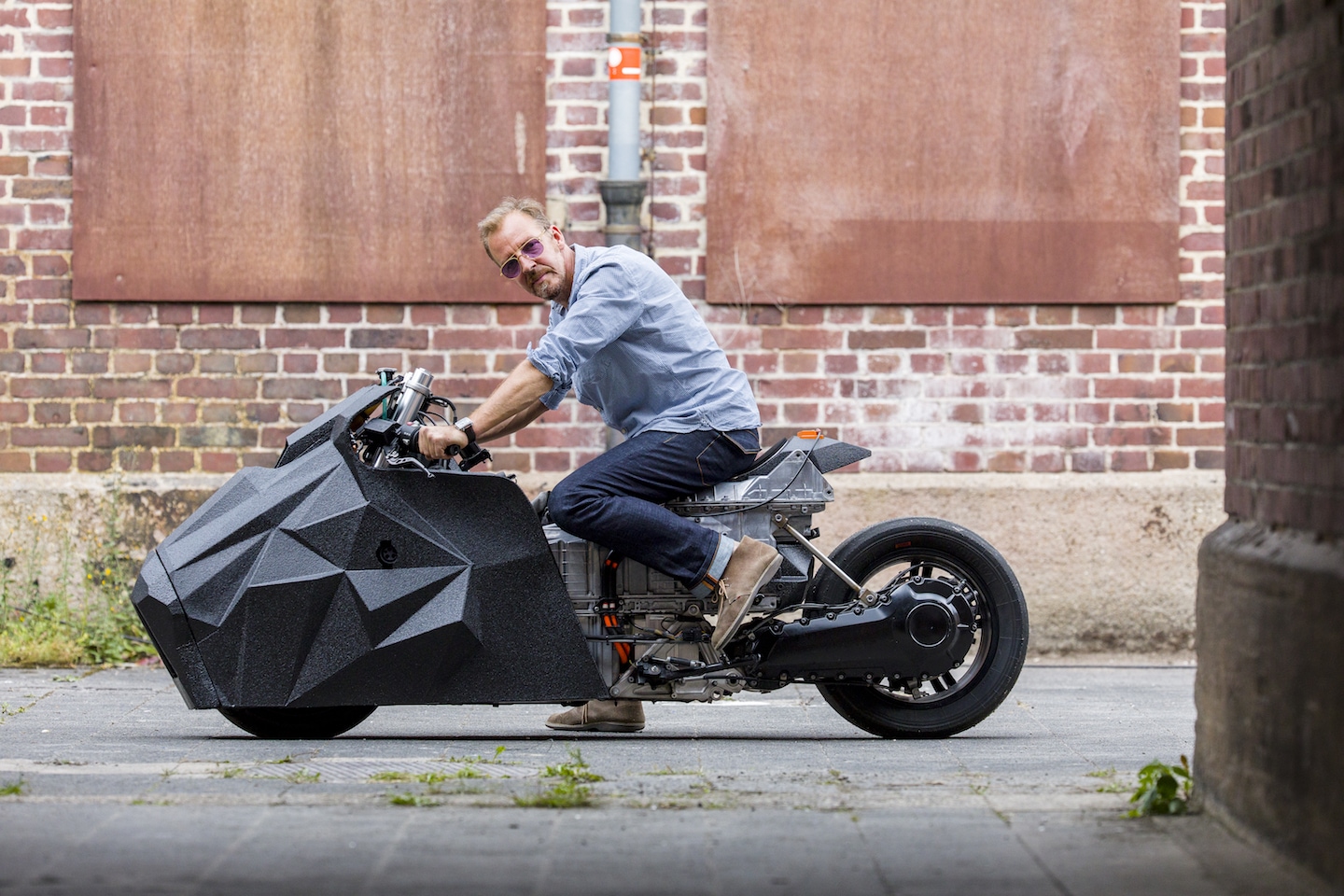 For anyone who’s ever dreamed of skidding over the asphalt like Batman, the presentation of this custombike could make a wish become closer to reality. And it’s an e-scooter – it might not save the world from the villains, but has a positive environmental impact on the world. The design was realised by bike builder Rolf Reick of Krautmotors and is based on the BMW C Evolution Long Range version. He managed to modify the conventional model of the electro maxi scooter into something completely new. Removing the more rounded shapes of the original casing, revealing the engine and inner workings whilst transforming it with rougher, edgier body panels into something which reminds of a stealth aircraft, but also of Origami, or the angular, geometric shapes of cubism. 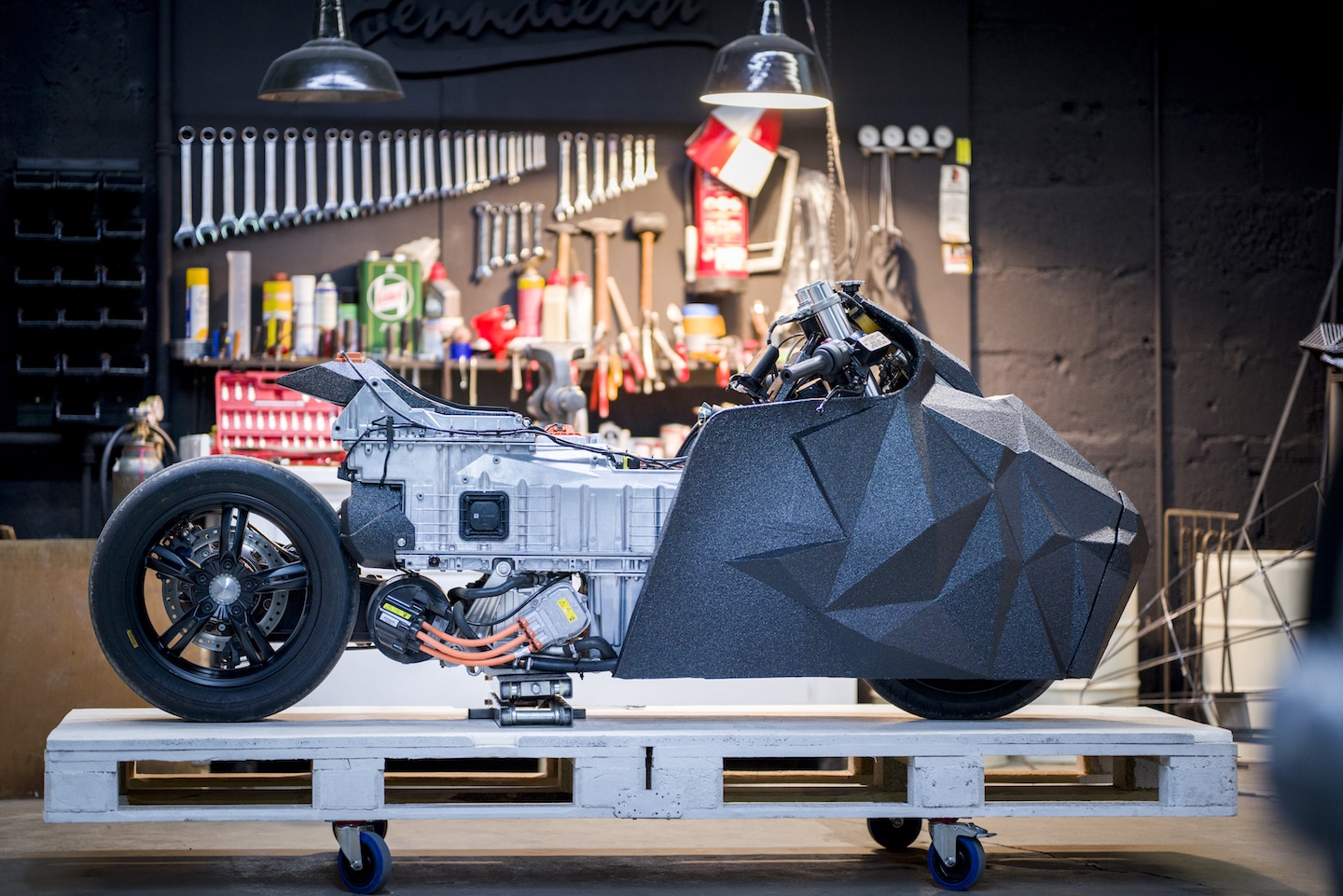 The latter not without reason – Reick felt inspired by the cubic design of his grandmother’s tea set who also became the namesake of the innovative creation. But not just the futuristic design of „E-LisaBad“ fascinates the observer, there’s also the electric engine that provides immediate torque – the maximum speed of the bike is 80 mph (129 kph) and it has a range of 99 miles (160 kph) – that’s impressive, and which lets the dark knight sitting in the saddle make a lightning start.

All images courtesy of BMW