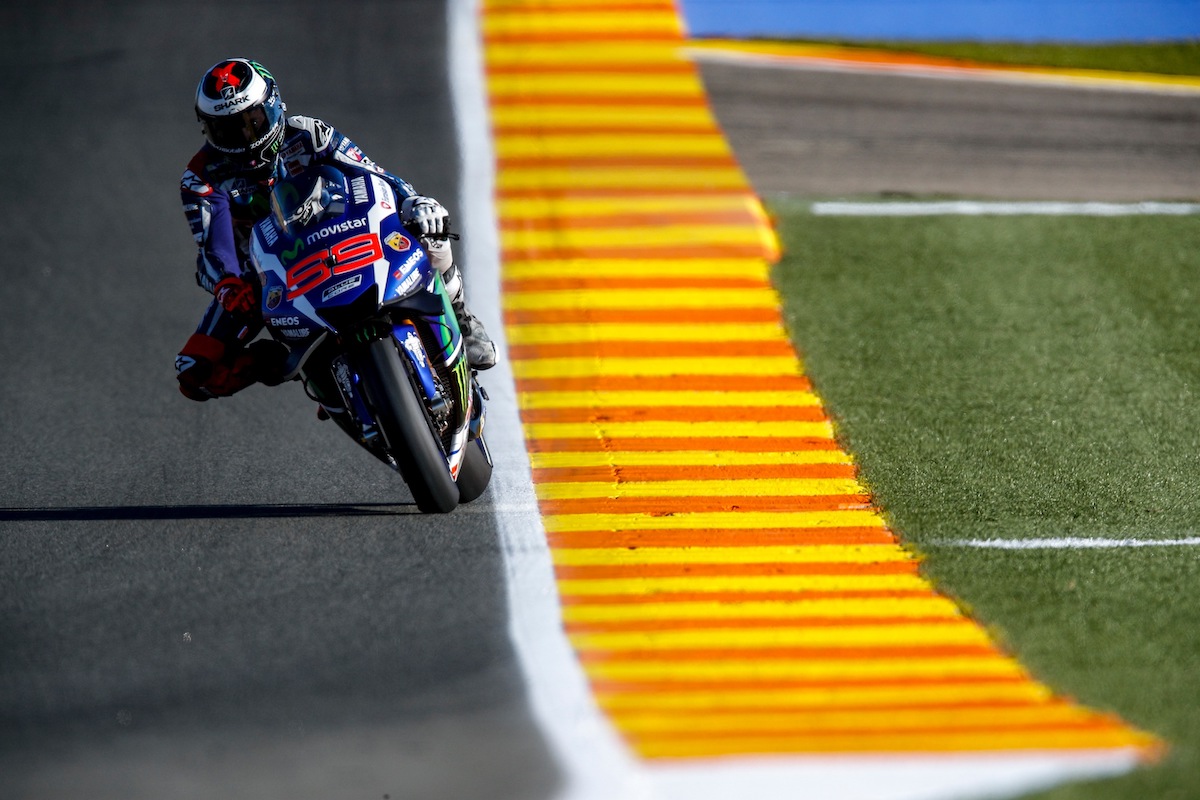 A lights-to-flag win. After Lorenzo`s undisputed victory with setting a new lap record at the qualifying yesterday, he proofed to be the number one on Valencia`s race circuit.

With a perfect start, Lorenzo was out of reach for all other riders so the real battle began for the second place on the podium. None less than Iannone, Rossi and Marquez were fighting tire by tire, changing the leading position multiple times. Only five laps before the end of the race, Marquez took over the second place, letting Iannone and Rossi behind.

A note beside: KTM started with the brand new RC16 and driver Mika Kallio did not finish the race due to electrical problems.

The season is now over but the first tests with the new 2017 models start next Tuesday. Due to new regulations, the upcoming season promises to be very exciting. We are really looking forward to it.