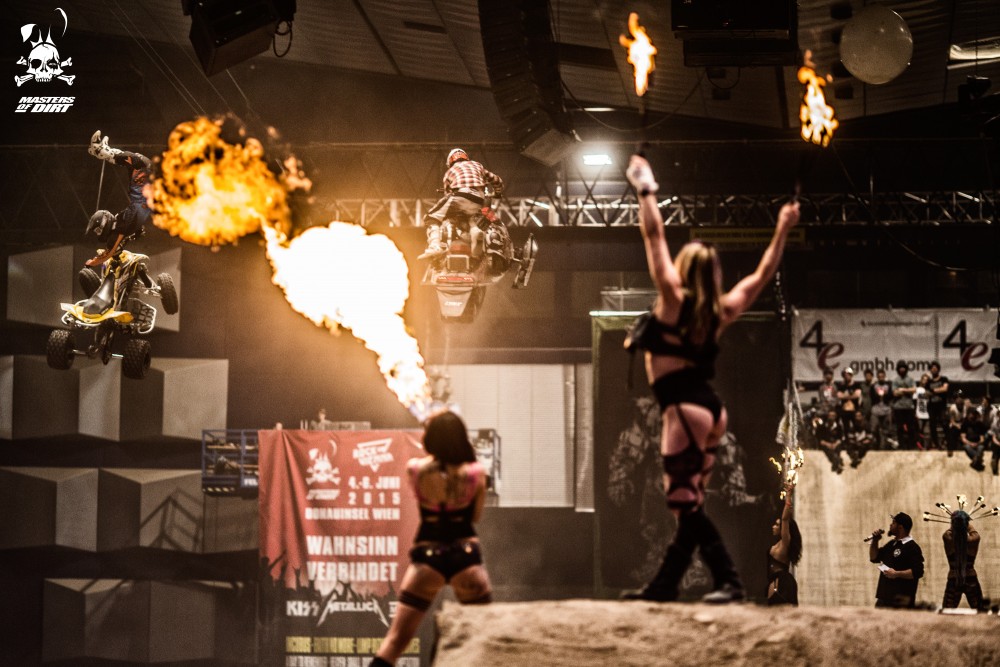 Their aim since 2003: organize and create the craziest and most stunning motocross show in the world. Hard to achieve but the guys from „Masters of Dirt“ definitely nailed it. One year ago they had a stunning show at the Wörthersee stadium in front of 28.000 motocross fans performing mind-blowing stunts with, of course mx-bikes but also with snowmobiles, pocket-bikes, bicycles and many other crazy vehicles.
Backflip on a snowmobile: Check. Double backflips with a mini-bike: of course check! Gogo – shows: check. Beside these several meter high ramps – fire, lights and mounted rockets are part of the show as well as the „Fuel Girls“ who show that their stunts are in no way inferior to those of their male colleagues. Watching the show is breathtaking and definitely worth a visit. If you do have the time – the next show will be in May in Bern, Switzerland.