This year, the
European Bike Week , which is also often simply referred to as Harley-Meeting, takes place for the 18th time. Just in time with the start of the event there is also a weather upswing. It is not exaggeratingly hot but at least it’s sunny and dry. 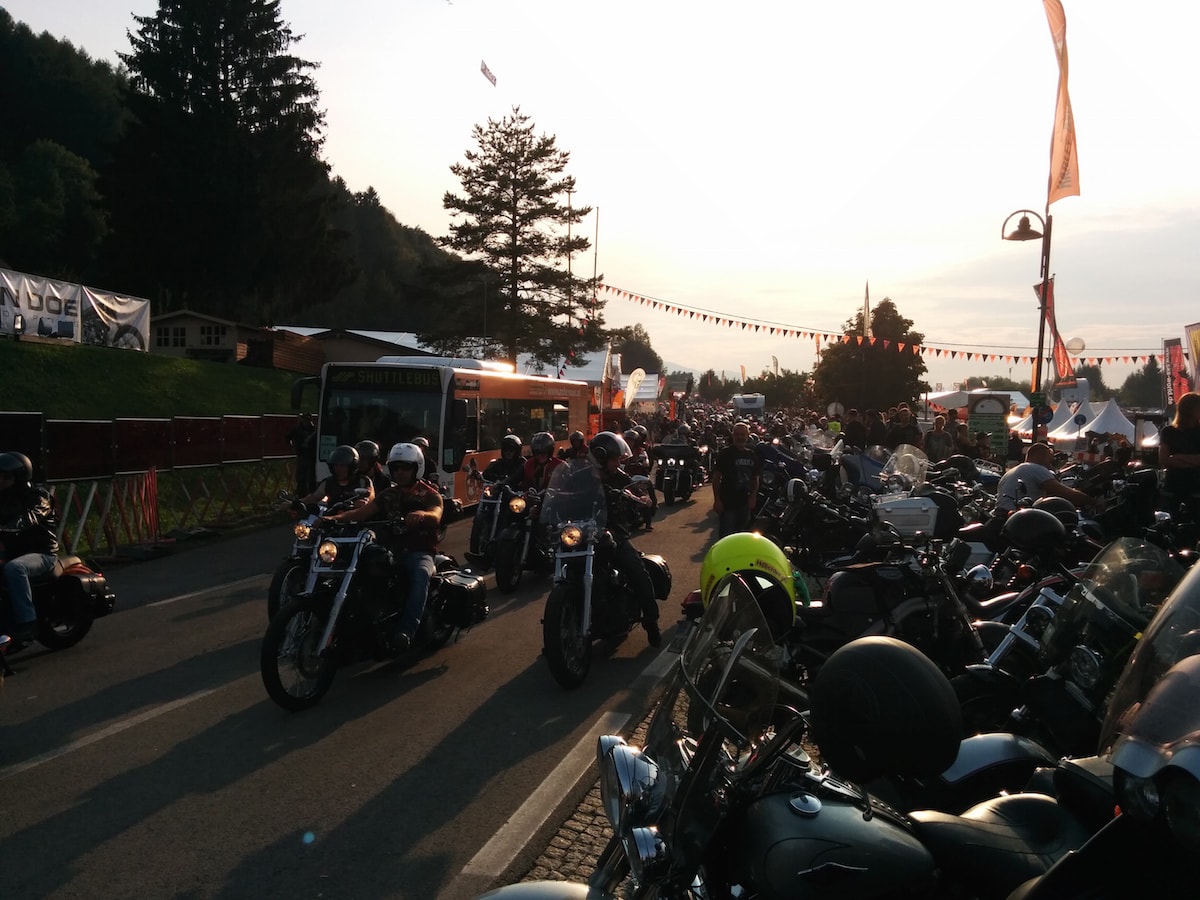 This year the organizers expect more than 100,000 visitors and many tens of thousands of bikers. The mandatory program this year includes of course again the Custom Bike Show, where the best customizers showcase their bikes.

In addition to some live DJ performances, loud guitar rock will not be missed. For bands like “Ramones Tribute”, “Lynyrd Skynyrd Tribute”, “Snakecharmer”, “Uptown Monotone” and many others will rock the main stage and push the amplifiers vol. to the max.

Like every year, there is also a colorful program on the “other” side of the lake. At the annual Arneitz Customshow with its countless stalls can be found where one can buy everything from LED illuminated boots to a fuel tank of a 50s Indian.

For the tinnitus on the next day, Arneitz Village also provides bands that have their heritage in the 50s as “Danny and the Bad Rats” or a tribute band of the rock classic band AC/DC.

The highlight of the European Bike Week is, as every year, the parade on Saturday. Starting from the Faaker See, the route leads over the main square of Villach, along Lake Ossiach to Feldkirchen, then through the southern shore of the lake to Landskron, Wernberg, Rosegg and the Rosental back to Faaker See.


DANNY AND THE BAD RATS